On March 13, 1956, at 6:15 p.m., Assistant Fire Chief, Ed Meagher was killed in the line of duty while responding to a fire call at Victory Village. At that time Ed who was driving the Crown fire truck, which was two months old, struck a milk truck broadside at the intersection of Boulder Highway. and Vegas Wash (presently Lake Mead Drive). Ed was killed instantly. Preliminary investigation at the scene indicated that charges were pending against the driver of the milk truck. However, conflicting testimony given at the coroner’s inquest found the ruling of an unavoidable accident.

Ed was hired by the city of Henderson on February 2, 1955, as a police officer. He had previously worked in law enforcement for the Las Vegas Police Department and the Clark County Sheriff’s Office. Ed had gained national attention in 1954 when he was instrumental in the arrest of a suspect in a million-dollar post office robbery while he was working as an undercover agent for the F.B.I. Ed was also the first juvenile officer hired by the city of Henderson.

On September 22, 1955, he transferred to the fire department under the Public Safety concept. He had successfully completed a fire engineers course given by the fire department. On March 13 about 4 p.m., he was appointed as assistant fire chief, two hours later, he was killed. At that time, the city carried no insurance for public service officers killed in the line of duty. He was survived by his wife, Marcia, of Las Vegas. His body was buried in Danbury, Coneecticut.

Get the latest from us on blog releases, event updates, newsletters and featured stories, fun promotions, and more! 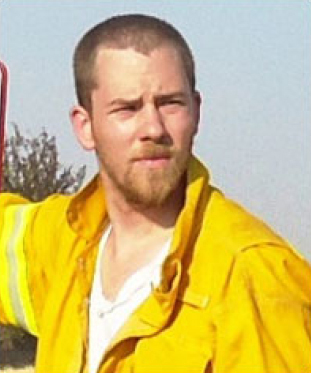